Who is Idan Ravin 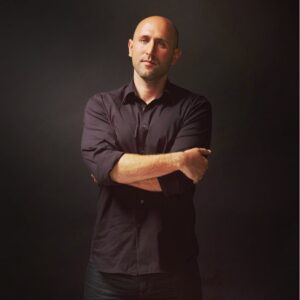 Once upon a time I was an unhappy lawyer sitting behind a big desk staring at a big pile of work I didn’t want to do. Over time, I gradually discovered something I loved, pivoted from law, and create a new life for myself.

These days, I train many of the best basketball players in the world and have been given the nickname “The “Hoops Whisperer” because I can engage, inspire and develop these athletes. My unlikely transition from practicing law to training NBA and WNBA superstars and celebrities, along with my unconventional methods, hopefully have been a source of inspiration, and even became the subject of lengthy features in the Wall Street Journal, Men’s Journal, Men’s Health, Men’s Fitness, Sports Illustrated, the New York Times, the New York Post, the New Yorker, the Boston Globe, and Forbes, among others. I’ve also been featured on television & radio, such as “The Revolution” & “Extreme Makeover Body Edition” on ABC, NBA Inside Stuff, NBA Inside Access, NBA Fit , NBA Real TV, ESPN, Nike/Brand Jordan commercials & documentaries, Playboy Radio, CBS Sports, ESPN Radio, NPR, etc.

Hoping to inspire people to do what they love, I penned, The Hoops Whisperer, published by Penguin Books, which became a best seller and featured in the Boston Globe, the New York Post, Men’s Fitness, SLAM, among others. My debut children’s book, It Takes Patience, draws on more than a decade of experience training basketball superstars and explores the themes I developed in my first book, The Hoops Whisperer. My experience helping transform athletes into their best selves translates into a new medium with It Takes Patience, offering inspiration and wisdom for children and parents alike.